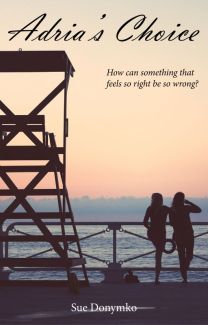 And now I finally have the courage to put it out to the world, chapter by chapter, via Wattpad for now.

Someone once told me that I don't know what loss was.
But I've known loss for so long that we've become bosom buddies.
Only, I call him by a different name now, but loss never answered.
Only, I know him in a different way – a way I wish I didn't.

Something was brewed and has now come a-creeping...

So Mina V. Esguerra put up a Paranormal Fantasy, and I took a deep breath and signed up. Time to break out of my comfort zone and see if I can do this. I'm sure other classmates of mine went through that too.

And the result was this: 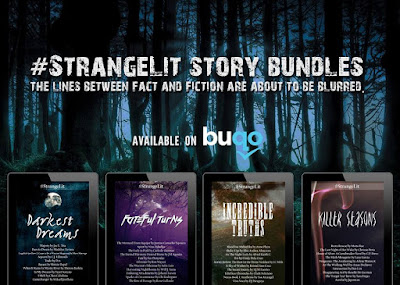 A Moment Like This (short story) is finally out!

I'm so excited to announce that my first short story, A Moment Like This, has been published along with five other stories for the affordable price of P135 from Buqo.

This wasn't actually the story I expected I'd get published first, as I've been working on several (longer) stories, but I'm just happy to share it with the world! 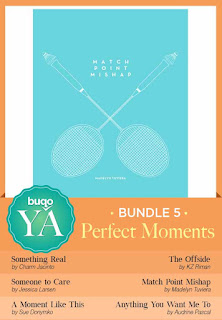 Kris Mercado and Noel Abad are trapped in a posh resort hotel in Davao City during a particularly bad flood. After spending almost everyday together, they realize that they are undeniably attracted to each other. But reality bites as usual, and they now have to decide whether to chalk their romance up to forced circumstances or to explore what could be the sweetest love they've been looking for...

A few minutes later, Noel came out wearing shorts and a snug shirt. His legs were quite hairy, and she caught a glimpse of his trim stomach when his t-shirt lifted as he dried his hair. Kris told herself to quit staring or he might think she’s the maniac.

He laid down on the bed, made himself comfortable, and closed his eyes before acknowledging her statement. “Okay, what do you want?” he said tiredly.

“That’s it, what do I want?” she asked incredulously.

He looked at her and raised both eyebrows. “It’s not as if I don’t know what to not do such as not stare at your legs if you wear shorts,” he said innocently, but his eyes held a teasing gleam.

Kris flushed. “Touché. Okay, no staring. No going to each other's beds. No undressing in front of each other, no leaving dirty clothes on the floor. I don’t want to see your underwear!”

“What makes you think I wear any?” he said, closing his eyes again.

A novella, a short story and an even shorter one

I joined the #buqosteamyreads class (read about my experience in the link!) to learn more about writing and romance tropes and for experience. I am proud to say I hit the 5000 minimum word requirement (my word count is about 10,000 now) but of course I can't objectively say that it is a stellar, budding best-seller short story that will soon be sold in the Buqo store. I am just glad I reached my goal, and I really tried to make it the best I could. However, I can't think of a title yet, and I'm still unsure as to who can and will make my cover for the cost of, let's say, peanuts.

The experience was beyond my comfort zone. Writing an adult story with a heat of level 3 was beyond my norm. Honestly, I never even imagined that I'll be writing something smutty! But I told myself it's a challenge, and I wanted to rise up to it. My journey towards my finishing my story was made enjoyable by my #buqosteamyreads classmates on Twitter, as well as our face to face classes. The whole thing was a very memorable experience, and probably something I'll tell my kids about in the very far, far future.

But watch out for that, and hopefully I can announce the title, the selling price, and the cover in this blog! I'm really excited for this, and I am super grateful to Mina V. Esguerra, our mentor, and the Buqo team for sponsoring our venture.

Aside from the #buqosteamyreads class, I am also aiming to join the Luna East Arts Academy Volume 2 anthology. I have so far written a short story somewhere over 2,200 words, and I am hoping it will be included in the Volume 2, which is still up in the air at the moment, actually. I'm just...excited.

“Does he know?” A soft voice jolted me out of my reverie, and I realized I’ve been sitting on the floor at the basketball court staring at my best friend Jack Tolentino, for the past five minutes.

I’ve staved off the same question, with different variations, several times over the past two years that I immediately fell into pattern.

First: Play dumb when asked. This step does not, by any means, work.

“Know what?” I turned to find one of my good guy friends, Dante Constantino, looking at me solemnly from under his bushy eyebrows while he squatted down behind me.

He gestured impatiently to Jack. “That you’re in love with him!”

Second: Deny, deny, deny, with the “He’s my best friend, for God’s sake!” thrown in for good measure. I used to snort in disbelief but one of my previous ‘interrogators’ told me he didn’t believe me because of that snort. I was too emphatic in my denial, leading him to, correctly, conclude that I was, in fact, in love with tall, guitar-playing, poetry-enthusiast yet sporty, Jack.

I tilted my head back just a bit and laughed, not too loud, not too soft—everything in moderation. “Hahaha! I’m not in love with him. He’s my best friend, for God’s sake! You know that, Dante.”

“Anyone who sees you looking at him can see it, Aurelia Tiengco.”

Third: Well up in tears, which usually got people to back off, especially when I explained that I was still grieving over my ex, Ken de la Cruz, who dumped me two years ago for a popular cheerleader. I didn’t believe he was going out with her until the ‘fact’ spread throughout the university that Mr. Ex was quite good with his tongue in various places. A squirming Jack, already a good friend of mine at that time, had to explain that to me, as Ken has never even tried to get past first base with me. I felt like a cow afterwards. So Jack, being the kind of guy you take home to meet your parents, made me feel like a very beautiful girl—inside and out—and I promptly fell in love with him.

Call it cliché, or transference of feelings, or whatever you want to call it. I simply called it torture, and sometimes, utter stupidity.

On the hard journey towards Steamy Reads

I joined Mina V. Esguerra's Steamy Romance class (for free!), and we had our first face-to-face class last January 18 in the Buqo office in Cybergate Tower 3. Since I have never attended a creative writing class before (if you want to talk about politics and economics and how the two are related and affect each other, though, I'm your woman), I learned a lot from the class.

Some of the things said in class were a reiteration of the group emails we received prior to the face-to-face discussion. We went over the heat levels, ranging from 0 to 5, which was also very helpful in knowing how to classify our future novels/ebooks, in case we want to sell them and have to set an age bracket. So far I have written heat 0 (unpublished) novellas, and maybe a 1, but nothing as graphic as 2 to 5 yet. I don't think I'll ever write 5, though. Five, if you're not yet aware, is erotica. Interestingly, I also found out that romance/erotica writers don't consider the Fifty Shades trilogy to be erotic because the sex was between the two main characters, and there was no inclusion of a third party into their bed play. That was really surprising to know.

We also discussed the four story tropes, given the general letters of A, B, C, D. For our class' purposes, A people have to write about Love at First Sight. B - The One That Got Away. C - Friends to Lovers. D - Opposites Attract.

Since it was my first time writing anything with this much heat in it, I had a hard time writing the steamy scene. Was I too graphic? Not graphic enough for level 3? Am I getting the actions right? Is this even possible?! Can I just go back to level 1? Am I getting the sounds right? I had to fire up my imagination and push myself beyond the limits of my imagination. And this is so beyond my comfort zone that I am glad I use a pen name.

The importance of having friends

I don't think I would have re-started on this path if I hadn't met two awesome people who inspired me with their relentless drive to keep going and publish their story.

One is Kesh Tanglao, author of the fab, kilig-much novella, The Real Score. I have never honestly indulged in romantic fantasies involving artists because they are so up there, but this one has got me imagining myself dating a certain Mr. T, whom shall remain nameless because I am still hoping I'd get to date him someday, and God-forbid he'll ever find out I've been gaga over him for ages.

The second is Anne Plaza, of In Over Her Head, a story that hits a bit closer to home for so many reasons. I cannot tell you how many laughs I've had over that one because of certain similarities, or the times I've shouted, "No!" haha silly me.

But there you go, true story.

This is a project that was fifteen years in the dreaming, and three months in the making.

This is me, finally writing -- something I almost didn't pursue, until my godmother told me one day, "I'm still waiting for your story, anak!" And so the dream was revived. As they said, the universe will conspire with you to fulfill your goal.

So I met some people who really inspired me because they were doing the dream.

The Problem with Being Laura